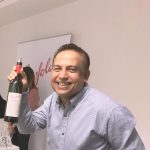 Here is my experience.  I have been visiting India since 2003 but this year (Feb 19) was more memorable, firstly due to my kids accompanying me to India for the first time and secondly due to my meeting with Satishji, who organised my transport needs expertly and to my family’s satisfaction. It is said that from time to time in life, you meet people who leave sweet memories and Satishji’s name has been added to my list. A very genuine and humble person and I will recommend him to anyone, whether first time visitor or novice traveller. His knowledge, tips and advise is worth considering. Satishji many thanks for your wonderful services.  Thanks & Regards,  Arvin Narayan Global Service Centre - Systems Team Service Deployment Co-ordinator Dimension Data Australia 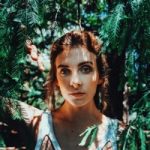 I traveled to India last January with my son and 2 friends and Satish Rana (East West Holidays) organized our tour and it was so great we are going again next year. He worked with us to get the route we wanted at the price we wanted. Satish basically catered to all of our needs, including shopping for a sitar and org...anizing sitar classes, cooking classes, all sorts of eclectic shopping, good restaurants and charming hotels. We saw the sights we wanted and really had a lovely trip to India. I highly recommend East West Holidays. Roshan Houshmand,New York, US 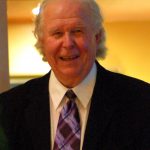 I am a seasoned traveller. I have lived and worked in many countries and circumnavigated the world many times. I had never travelled to India previously. In March 2014 I prepared an itinerary for a trip to Northern India. It was to be predominantly by road with a few railway journeys. My research led me to believe that self drive was not a viable option. I contacted several websites that offered a car and driver service. Amongst those I contacted was  Satish: rana1065@gmail.com Most were not interested in my itinerary and insisted on reduced travel and/or extended stays. Satish was the exception. I had a very swift response and a provisional quotation at a very reasonable price. It became apparent that Satish Rana owns  East West Holidays. Most of my communications thereafter were with Satish. He made a few suggestions and in short order, To include 4 star hotel accommodation, a Toyota Innova car (a superbly spacious and comfortable vehicle) and driver on cal 24/7, all road tolls, taxes etc. To my astonishment he did not request payment. It was a gentlemen’s’ agreement. He made 3 train and 1 rail tour reservation for me. He secured forward facing window seats for each trip. He did not request payment until I arrived in India. I made a payment of 50% in November 2014, a further 25% on 22 January 2015 and the final 25% on 4 February 2015. I arrived at New Delhi Airport on 22 January 2015 where I was greeted by Satish and My Driver Madan. Satish presented me with a beautiful flower arrangement in honour of my birthday. En route to the hotel Madan took me to a contact where I obtained an Airtel Sim card for my mobile phone. Cheap to purchase and use. It was operational within hours. My first Indian hotel was the 4 star Connaught in New Delhi’s city centre. It is a grand old hotel remarkably quiet for its location and has impeccable service. At check in they realised it was my birthday and I was upgraded to a large suite. I left the hotel to obtain cash from an ATM. On my return I found a beautiful birthday cake atop my mini-bar. After my train travels, I arrived back in New Delhi and Satish had secured a room at the new 5 star Piccadilly hotel. I was upgraded to a club room. This was to be a trend...upgrades everywhere. All the hotels were 4 or 5 star. The only 2 disappointments were at properties that had received very good reviews in the past. My driver Madan spoke very good English. He had great knowledge of the roads (he never used a map.) He was available to me at all times. The vehicle was always immaculately clean. He was always waiting for me before the scheduled time. We forged a friendship. I have no hesitation at all in highly recommending and commending Satish Rana and Madan Lal. They provided excellent service and value for money. I doubt you could find better. I will certainly avail myself of their services. 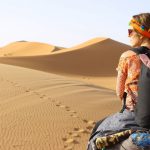 Me and my friend federica travel this summer with satish rana on a great rajasthan tour with final step to varanasi, holy city on ganges river. This was an incredible tour thanks not only to the beauty of the places but mainly thanks to satish who managed for us the best tour ever! In any place we went we tasted real i...ndia spirit and no place was touristic but always typical and special. It was wonderful to travel with satish and our driver, avatar. It was really safe, extremely interesting and absolutely cheap for the incredible experience we had. We want to came back next year !!! Ottavia Damascelli ,Milano ,ITALY 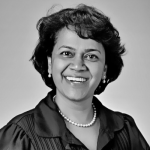 We travelled thru India for 6 weeks (Nov'18-Jan'19) and made all our ground arrangements via email with East-West Holidays Inc.The trip was customized to our requirements, tastes, and budget. Mr. Satish Rana was our only contact with the company. Mr. Rana  is professional, knows his business, can give good well informed advice and was extremely patient .   Most of all we appreciated the reliability, flexibility and honesty of Mr. Rana. He kept all his promises and was always willing to go the extra mile to make us happy  even meeting us personally in various cities during the trip to make sure we were well taken care of.  We are glad to have chosen East-West Holidays and will very recommend Mr. Satish Rana to anyone travelling to India. You too can experience Incredible India guided by the very best and within your budget. YORGEN & ANSUYA HESSE, HOUSTON, TEXAS 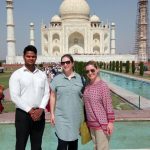 I found Satish (EAST WEST HOLIDAYS INC), on the internet. I was a women traveling with my sister and my two teenagers. I had never been to India before. I contacted Satish, requesting an air condidtioned car and an Engish speaking driver. I received so much more than I could have hoped for. Satish and our driver, Kuber met us at Dehli airport.Both were very profesional. Kuber was with us 2 nights in Dehli, 2 nights in Agra, 2 nights in Jaipur, 2 nights in Jodhpur and 2 nights in Udaipur. Kuber became just like part of our family. Always on time, professional, curteous,eager to show us India and a joy to be with every day. We looked forward to our adventures each day with him. We had places that we wanted to see and he had places that he wanted to show us. He was always very accomodating.Kuber's English was wonderful, and he was very informative about everything we were seeing or driving by.We all decided that by the end of our time with him, that it was Satish and Kuber who made our trip to India so wonderful. --It was that safe feeling we had when Kuber was driving( if you've ever been to India, you know how important a safe driver is). --It was knowing that Driver was always waiting for us outside of each venue. --It was knowing that if we needed anything, he would do his best to make it happen. --It was his knowledge of the area, the people and the sights. We will always be greatful to Satish for making our trip to India, one that we will always remember and cherish!! 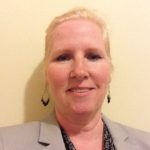 India held a special fascination for me -- the Taj Majal . It was a place I had always wanted to visit. When the opportunity presented itself, I found myself without anyone to accompany me. A co-worker recommend Satish (EAST WEST HOLIDAYS INC) to me. He had visited India the previous fall. He assured me that he was very nice and very knowledgeable. When I contacted SATISH he was indeed very nice and extremely helpful with organizing my itinerary. I arrived in India a little apprehensive because it was the first leg of my trip alone and because of my horrible fear of snakes. . I was greeted warmly and made to feel comfortable. Despite India being the land of snake charmers, my fears were taken very seriously. My escort &Guide (Satish Rana ), someone I know consider a friend,made every effort to prevent exposure to snake charmers. Satish and his driver took very good care of me the entire time. They were personable and made sure that I was always safe. They treated me like I was their best friend's little sister.   As expected, the Taj Majal was not to be missed. Pictures just didn't do it justice. Thanks to my new friends, I had an incredible visit to India . . I would recommend their services to anyone  Wilkins Cindy , D.C ,Washington 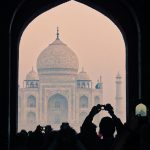 I have travelled with my wife almost 3 weeks in India, using Satish's agency. He is the only one who proposed an alternative to the highly touristic programs. We have seen marvelous things following his advices and we recommend to use his experience to avoid falling in tourist traps (meaning the same path for everybody). We have visited sites with almost no foreigners, like Orchha. Another advantage is the ability of his team to "learn on the fly" what customers want to change or prefer: we are not blocked by a fixed agenda which is very convenient when you don't know what you will discover. We will definitely use him again for our next trip in India. BRUNO AND CLAUDINE FRANCE 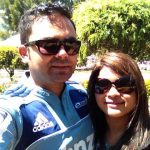 Hey Satish! Sorry for the late reply! We would like to take this opportunity to thank you for  organizing such a wonderful and memorable trip for us. It was indeed an honor to visit India and see the places around. Also thank you for always understanding our needs and organizing the trips and accommodation accordingly. We would definitely spread the word around and would recommend your services to all our family and friends. Hope that helps. Kind regards Romita & Amit (NewZeland